Just 1% of brands in the UK are not contemplating an investment in proximity marketing through trials of technology like iBeacons and NFC, according to a new study. PerformanceIN has overseen a number of examinations of location-based targeting over the last year, and new research on 500 companies across the retail, hospitality and leisure industries shows that nearly all (99%) have considered this as a possible inclusion for their marketing plans. Airspace, the study’s commissioner, said that 22% of the group were looking to invest in the next three months, with an additional 57% plotting this to come within three to six months. Money could be an object to their ambitions, however. Larger companies – with 3000 employees or more – were more likely to have an investment lined up within the next six months than smaller companies – with between 500-1000 employees – when comparing response rates of 77% and 71% respectively.
Retailers lead the pack Previous demonstrations of proximity marketing have focused mainly on applications for retailers and shopping centres. US department store Macy’s announced last year that it would be rolling out iBeacon devices to all of its stores nationwide following trials in San Francisco and New York. Airspace found retailer adoption for location-based targeting to be at a similar level in the UK, as 80% of brands were planning an investment by June of this year. Furthermore, with just 2% of the group failing to put a time scale on their planned adoption, a degree of accuracy could be taken from the findings. As the stats revealed, three to six months is still the preferred target. 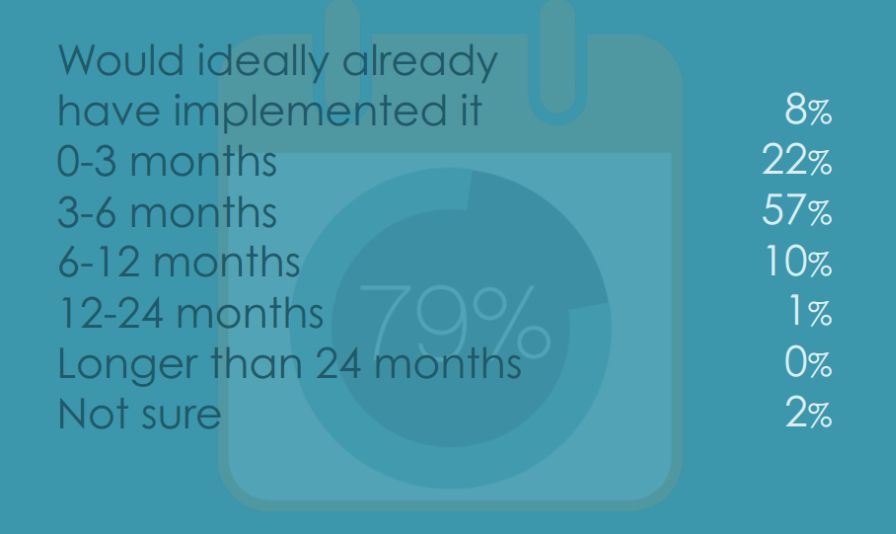 Known benefits Airspace was also able to provide reasons as to why so many companies are viewing proximity marketing as a priority for 2015. The ability to push out deals to customers was of high importance (68%), with similar levels of response coming in very similar areas – such as distributing special offers (56%), vouchers (50%) and giveaways (47%). 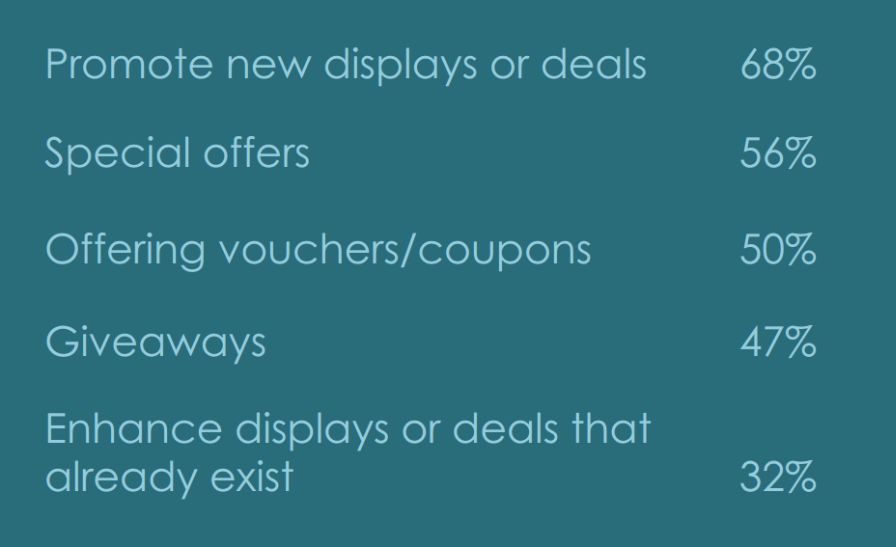 Airspace stressed that while these were important qualities, proximity can play a part in a much wider range of roles within a selected environment. “For the visiting customer, benefits don’t just come in the form of deals or offers or extra content, but from the improved store layouts or extra staff that the in-store analytics might have brought into play,” notes in the study read. “For the locations, whether it’s a chain of 600 cafes or a single football stadium, the technology is going to help them learn more about what we as visitors want, how we like to ‘be’ in-store and ultimately what will make us convert a visit into a purchase. Becoming more loyal to the brand in the process.” Ian Malone, CEO at Airspace, added: “This research neatly matches our own conversations with high street retailers and other high footfall locations, who feel they need to act now. “Brands that utilise proximity marketing to deliver relevant, contextual messages will see an upturn in conversion rates and arguably more loyal customers. Even the brands that use the technology simply to understand their customers better will gain a competitive advantage over those without access to the rich data and insights delivered by proximity networks.”
Via: INside Performance Advertising

A new installation attempts to merge the online and offline gap, helping bring more foot traffic to physical stores.
Created by DigitasLBi Paris and real estate investment company Klépierre, the Inspiration Corridor is a large booth that offers users a personalized digital shopping experience. Shoppers step into the booth and undergo a complete body scan, with the Inspiration Corridor taking note of their age, sex, and current ensembles. From there, it brings up digital displays of items located in that mall that you might be interested in, and could potentially buy on the spot.
Customers can use a touchscreen to mark items they like and add them to their shopping bag, giving the technology a better idea of other products that might be right for them. And if you already purchased something earlier in the day, you can scan the item and have the Inspiration Corridor suggest complimentary clothing or accessories currently in stock at the mall. When you’ve found what you are looking for, the Klépierre mobile app will use the Apple iBeacon technology to pull up a floor plan of the mall and direct you to your selected items.
Though still a prototype, the Inspiration Corridor brings the best part of online shopping into the physical world.
[vimeo width=”300px” height=”200px”]88783300[/vimeo]
Via: psfk

Kicking off this Friday, the Coachella Music Festival will become the latest event to use iBeacons to provide proximity-specific information to attendees.
Coachella’s iOS app has been updated with a new Version 3.0 which enables on-site iBeacon notifications for users who enable Location and Bluetooth services.
Coachella’s official website also advertises that attendees can, “Use Bluetooth to interact with beacons placed around the grounds” — although it doesn’t expand on this.
By embracing iBeacons, Coachella joins a growing number of event organizers making often innovative use of location-aware beacons to enhance the visitor experience. Earlier this month, a New York museum staged an event which used iBeacons to demonstrate the horror of landmines by creating a virtual minefield.
MLB has also installed iBeacons at 20 ballparks around the U.S. to offer iOS-using spectators point-of-interest mapping and other relevant contextual information during the 2014 MLB season.
A Dutch theme park, meanwhile, recently became Europe’s first theme park (although almost certainly not its last) to utilize the Apple technology.
Via: Cult of Mac

Carat UK blog about convergence being the driving force behind everything we do in 2014.
They cover: