Nearly half of women want to start a company. Just 12 percent think they ever will. The biggest thing stopping them? Lack of financial support.
These findings come from Dusseldorf, Germany-based Metro’s International Own Business Study, which surveyed 10,000 people in 10 countries.
To beat the odds, the publication partnered with Serviceplan Campaign Hamburg to launch “Own Business Girl” just in time for International Women’s Day.

The campaign is issuing every girl born in Dusseldorf today her own business card along with a fixed-term deposit worth 2,000 euros, or nearly $2,500. 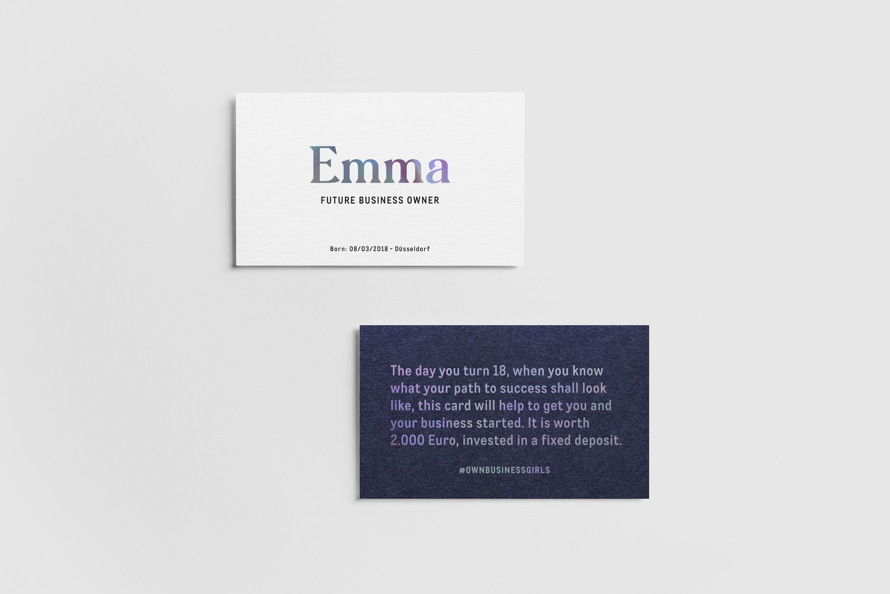 With help from comms agency achtung!, “Own Business Girl” will appear in the press, on the radio, out of home and on social. Dusseldorf hospitals and the Union of Midwives are also helping recruit newborn female business owners. But if your baby slips through the cracks, you can email Metro at obg@metro.de. (Be sure to include the first name, last name, phone number, email address and relation to the child.) 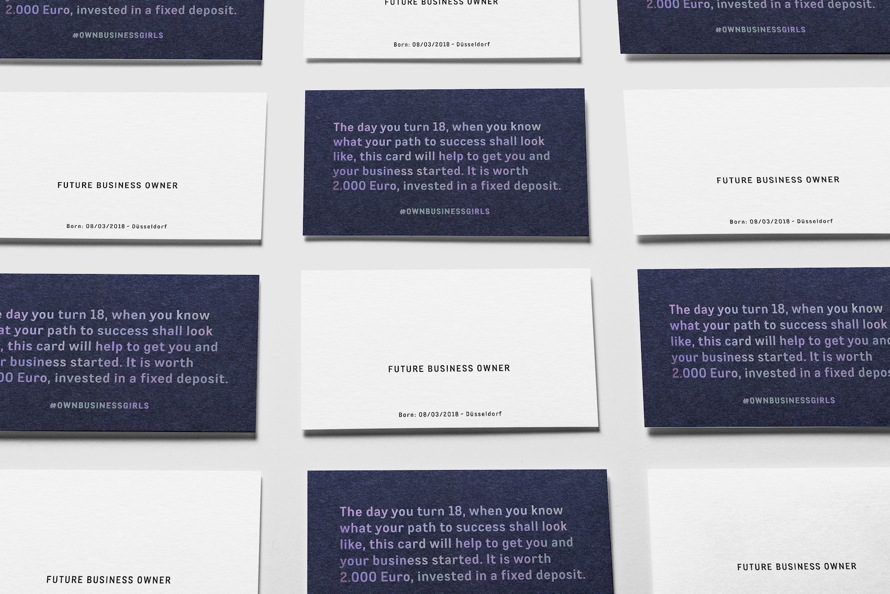 The cards are being produced by Letterjazz in Essen and will be given to the parents during an event in Dusseldorf.
Eligible bairns must be born between midnight and 11 p.m. on March 8 within Dusseldorf’s city limits, and registrations will be accepted through the 31st of the month.
As a bonus, HypoVereinsbank will open the accounts with a guaranteed interest rate of 2 percent per annum—which is more than our banks are giving us now, so get on that! Assuming that the base amount can’t or won’t be added to, but accounting for compounding interest, the final payout at age 18 would amount to $3,522.06—which is about what my partner and I put together when we started our own business.
While that’s hardly a silver spoon, we’d definitely call it a golden ticket.
Via: AdWeek

For the launch of the new Avengers Assemble movie, Disney, Posterscope and Carat created a live art experience in London’s Old Street. Over four days, artists painted the eight iconic Marvel characters on to a poster site; with the order dependent upon a public vote via twitter (each character had a unique #tag). The project, broadcast live online, clocked upwards of 1million viewing minutes.
[youtube width=”300px” height=”200px”]mzYiCR9iNuA[/youtube]